Charlotte Oliver worked as a lawyer in London for 12 years between 1988 and 2000, firstly as an advisor and caseworker at the Brixton Community Law Centre, and after passing the Law Society Finals at the College of Law in London Store Street, and being admitted as a Solicitor of the Supreme Court of England and Wales in 1994, she then practised at two leading London law firms both known for their profile in human rights and civil liberties, first as a trainee solicitor articled to Sir Geoffrey Bindman at Bindmans LLP and then at Hickman and Rose Solicitors.  From 1995 – 2000 she practised as a Duty Solicitor  and  criminal defence lawyer in North London.

From 2001 – 2012 she practised as a consultant and then associate lawyer at the Rome law firms Avvocato Paolo Iorio – Studio Legale Internazionale, Studio Legale De Meo & Associati and Studio Legale Paoletti, before founding Oliver & Partners in January 2013.

She is recognised as an avvocato integrato (integrated European Lawyer) in Italy. 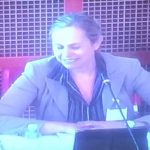 Charlotte now has over 30 years of experience in legal practice, including over 15 years practice in Italy. She has gained a wide range of experience in the areas of Italian property law, civil litigation, succession law and family law and has the right of audience in the Italian courts. She has developed a successful practice in representing international English speaking clients in cross-border civil and family matters in Italy. She is recognised as an expert in Italy on private international law (conflict of laws) and has been instructed to give expert evidence in litigation (consulente tecnico di ufficio, consulente di parte) in the Italian civil courts and Court of Appeal in Italy.

As one of a small number of dual-qualified Solicitors practising in Italy, she has been invited to speak at conferences and seminars including those organized by the British and Italian Law Association and the Fondazione Italiana del Notariato, for whom she has also published articles and is a trainer involved in the EULawinEN project 2018 – 2020 funded by the EU Justice Department, covering her specialist areas of European Family law, cross-border succession law and the introduction of the new EU Succession Regulation.

Charlotte became a Full Member of the Society of Trust and Estate Practitioners (STEP) in 2018, is a member of the Italy branch of Step and was a guest Speaker on behalf of STEP Italy at the Step Europe 2020 Conference in Vienna.

Charlotte has also been involved in high profile cases in the UK courts where she has been instructed by leading London law firms as an expert witness on Italian law, including given evidence in the High Court, in matters of cross-border succession, the recognition of overseas trusts and the conflict with forced heirship laws, and Italian property law.

Charlotte Oliver is registered with the British Embassy on their list of English-speaking lawyers in Rome.