Posted by Charlotte Oliver on Sep 18, 2013 in NEWS AND EVENTS

The European Court of Human Rights has notified Oliver & Partners that a panel of five judges of the Grand Chamber decided on 9th September 2013 not to accept Harry Shindler’s request that his case be referred to the Grand Chamber. No reasons are given for this decision, but the consequence is that the judgment of 7th May 2013,  finding that the disenfranchisement of Harry Shindler resulting from the 15 year rule was not a violation of Art 3 Protocol 1 of the European Convention of Human Rights, is now considered final, in accordance with Art. 44(2) of the Convention. There is no further appeal possible. 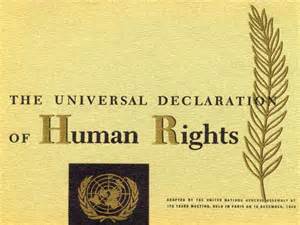 Harry Shindler vows to continue with his campaign for the right to vote in the UK national elections and Referendums and intends to petition the United Nations as he also believes that his disenfranchisement is in violation of the Universal Charter of Human Rights Article 21 which states that:

“Everyone has the right to take part in the government of his/her country, directly or through freely chosen representatives. Everyone has the right of equal access to public service in his country. The will of the people shall be the basis of the authority of government; this will shall be expressed in periodic and genuine elections which shall be by universal and equal suffrage and shall be held by secret ballot or by equivalent free voting procedures.”

Harry met the Vice-President of the European Commission Viviane Reding in Brussels on 5th September 2013. Reding has given her wholehearted support to this campaign, and has stated publicly that the loss of the right to vote in national elections means that some EU citizens (including citizens of the UK, Denmark, Ireland, Germany, Cyprus and Malta) are effectively being punished for exercising their rights of free movement.  The issue is one of 12 key actions listed in the 2013 EU Citizenship Report. The Commission has committed to “Enhancing citizen’s electoral rights and promoting their full participation in the democratic life of the EU” (See point 2.6 of the report).

In relation to voting rights in the country of origin for EU citizens, the Report states that 65% of citizens polled  did not agree that citizens should lose their right to vote in national elections. The Report states further that: “National disenfranchisement policies, where they exist, are commonly justified by the fact that, after a certain period of time spent abroad, the link with the society of origin is weakened. This argument should be re-assessed in the light of current socio-economic and technological realities, the fact that people can move around more easily, and increasing social and cultural interpenetration within the EU. Residing in another EU country no longer requires a definitive severing of ties with the country of origin, as may have been the case in the past. EU citizens should now be able to decide for themselves if they want to continue to participate in the political life of their country of nationality or invest in the political life of their host society. Discussions at the joint European Parliament and Commission hearing on EU citizenship on 19 February 2013 also highlighted the incongruity of depriving EU citizens of essential political rights for the very reason that they have exercised their fundamental EU right to free movement. Those who have exercised their right of free movement can find themselves in a less favourable position than if they had stayed at home or curtailed their stay in another EU country. There has been national litigation contesting the conformity of national disenfranchisement policies with EU law, but no preliminary question has to date been referred to the Court of Justice.”

The reference to national litigation in the report is to the Preston case, in which both the UK High Court and Court of Appeal rejected the claim of a UK national who had lived in Spain for more than 15 years and contested the disenfranchisement. An application for the right to appeal before the Supreme Court was rejected without a reference having been made for a preliminary ruling.

At the meeting with Vivian Reding on 5th September, Harry Shindler and other delegates including Sir Roger Gale MP, asked Reding and her cabinet if they would be prepared to recommend a European Directive which would bind the UK and force it to change its election rules. The Vice-President was quite adamant however that the Commission was not competent to make a Directive on an issue such as this where national governments had the freedom to decide on voting laws (the principle of subsidiarity).

However, the Commission did not rule out a direct referral to the ECJ, although such cases were very rare, and agreed that the issue should have urgent priority given the proposal for a Referendum in the UK on continued membership of the EU. Harry Shindler has already made a formal request to the Commission to prepare a case against the United Kingdom and refer that case to the ECJ, as the restriction on his right to vote is a breach of the EU Treaty laws. The Commission has agreed to consider the case of the other countries whose expats lose the right to vote if they move to another member state in order potentially to join an action on their behalf.

Harry will now also turn his attention to petitioning Members of the European Parliament for a motion of support on this issue.