Posted by Charlotte Oliver on May 4, 2013 in NEWS AND EVENTS 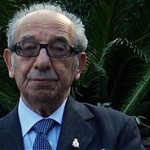 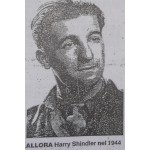 On 7 May 2013, the European Court of Human Rights delivered its judgement on a complaint against the United Kingdom brought in 2009 by a British citizen living in Italy, who is represented by Charlotte Oliver. The Court found that the restriction imposed by the United Kingdom was not in violation of Article 3, protocol 1 of the ECHR.  The case is now under consideration once again as Harry has asked for it to be referred to a panel of 17 judges of the Grand Chamber given that this is a point of such public importance. More details of the case can be found on the website of the ECHR: Shindler v. the United Kingdom (application no. 19840/09). The judgement can be downloaded from that website.

Harry Shindler, is a British national who was born in 1921 and fought in the Second World War, taking part in the Anzio landing in Italy. He has been living in Ascoli Piceno (Italy) since 1982 when he left the United Kingdom with his wife, an Italian national.  The case concerns his complaint that he is no longer entitled to vote in parliamentary elections in the United Kingdom due to a 15-year time-limit under primary legislation after which British citizens residing overseas are not permitted to vote.

Harry has the backing of expat groups around europe, MPs, MEPs and lately Viviane Reding (left), the Vice-President of the EU and Commissioner responsible for justice, fundamental rights and citizenship, who when presenting the 2013 EU Citizenship Report in June,  announced that the EU will seek to help Britons who live abroad to keep their right to vote after the 15 year period is over. She commented: “The practice in some member states of depriving their citizens of their right to vote once they move to another EU country is effectively tantamount to punishing citizens for having exercised their right to free movement.”