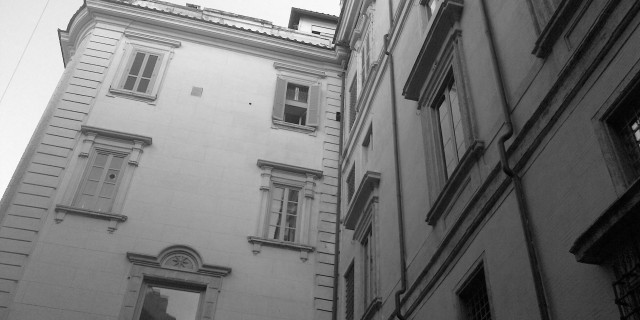 We are regularly requested by the British Embassy in Rome and Italian Notaries to advise on English law, and can offer assistance such as preparing Affidavits of English law and drawing up Powers of Attorney and Statutory Declarations.

We can prepare this document and witness it for any person (who will usually be a British National) who requires a fact to be declared by them for an official purpose. If this needs to be used in Italy we could draw up a bilingual version. Requests for these include: change of name (only for British nationals) explanation of different names on British birth certificate and current documents (these have been drafted by us and accepted by both the Rome Embassy and the Comune di Roma) declaration of civil status (in case of loss of important documents)
An Affidavit is a declaration of facts of which the truth of the contents are sworn on oath or affirmed. These are often used in civil proceedings in UK courts, and in some cases these are sent to us by UK Solicitors for signing by a party resident in Italy. In some cases we are also be instructed to draft and swear an Affidavit for a client.
We can certify copies of documents which are requested by authorities or banks in the UK, and needs to be provided by a person resident in Italy. We will certify the copy of any original document such as a passport, birth or marriage certificate, driving licence etc.
An Oath is similar to an Affidavit in that the person signing it is declaring the truth of the contents. Types of Oaths which we are asked to witness are, by way of example, in UK divorce cases where a spouse is resident in Italy and Oaths for Executors in UK probate matters.
This document might be requested from us in the form of a letter or statement, for example by Italian Notaries or the courts or the Comune to clarify a point of English law. We can also provide statements of Italian law, which might be requested in the form of an Affidavit for use in the UK. For example, we are often asked to prepare a statement for the Probate Registry on the distribution to the heirs in Italian succession law.
UK solicitors dealing with a client based overseas may ask for proof of identity to be certified by a solicitor in that country.

This website uses cookies to improve your experience while you navigate through the website. Out of these, the cookies that are categorized as necessary are stored on your browser as they are essential for the working of basic functionalities of the website. We also use third-party cookies that help us analyze and understand how you use this website. These cookies will be stored in your browser only with your consent. You also have the option to opt-out of these cookies. But opting out of some of these cookies may affect your browsing experience.
Necessary Always Enabled
Necessary cookies are absolutely essential for the website to function properly. This category only includes cookies that ensures basic functionalities and security features of the website. These cookies do not store any personal information.
Non-necessary
Any cookies that may not be particularly necessary for the website to function and is used specifically to collect user personal data via analytics, ads, other embedded contents are termed as non-necessary cookies. It is mandatory to procure user consent prior to running these cookies on your website.
SAVE & ACCEPT
2012-2023 Oliver & Partners
Piazza Capranica 78 · 3rd Floor · Roma · 00186 · ItalyTEL : + 39 (06) 45777174legal@oliverpartners.it